The Infantile Hewett and the Mature Hanson

Hugh Hewitt posted this while sucking on his pacifier:

I heard a powerful Obama ad on K-Earth 101 while driving this morning. That’s the ’60s/’70s rock station. The pitch combined some fine Obama audio on change and the future with clips from the scores of newspaper endorsements the Illinois senator has racked up.When you pull in $32 million in January, you can play in a variety of micro-markets.If the GOP sends a 72-year [sic] into this race whose prime was from a different time at least two generations back to campaign solely on the need to win the current war, even his hero status won’t help him against the tsunami that is building. Dole ’96 will seem like an energized, cutting edge effort by comparison. Perhaps there is some recognition of this in U.S. Senator Lisa Murkowski’s endorsement of Romney this morning. She can’t be looking forward to a Senate GOP caucus reduced to a rump by an Obama-led blowout fueled by tens of millions that McCain cannot hope to match. 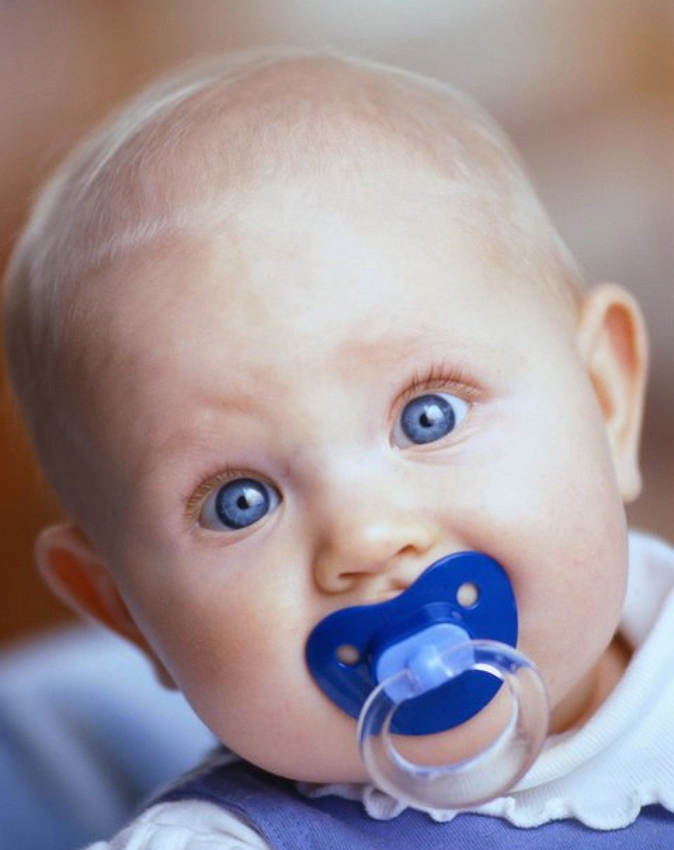 I’m guessing after Hugh posted that, he went back to pounding his rattle furiously on the floor.

I stopped reading Hugh’s blog shortly after he wrote A Mormon in the White House? – and became Mitt’s #1 cheerleader – and returned only recently to read Patrick Ruffini, who is one of the best political strategy wonks out there.

Three unexpected developments have given Republicans a shot this year at winning — once thought impossible, given the normal desire of the electorate for a fresh party after eight years, and worries about Iraq and the economy. All can change, but for now they have a real shot.

The first, of course, is the radical turnabout in Iraq. Had we been seeing over 100 dead a month, the loss of Baghdad, and a failure of the surge, McCain would be finished and his Republican rivals would have carved out a third position between Bush and the Democrats that would have been still rejected by the voters.

Second, no one anticipated the surge of Obama, and the Clintons’ overt and clumsy efforts at personal destruction that turned off even liberals — a development that explains why a McCain in theory could be palatable to disaffected Democrats and Independents. No one knows whether Thursday night’s reconciliation will last. But I doubt it, since Obama was figuring his nice guy image gained him ground, while Hillary worried that unleashing Bill and knee-capping her rival lost her percentages. But when it gets down to winning and the race narrows, each will readjust and it will get nasty again. Bill is ungovernable, and growls and gets toothy in periods of quiet and tranquility when he recedes from the news

And third, the unanticipated November implosion of Rudy Giuliani coalesced many moderate Republicans behind one candidate, the once moribund McCain, while base conservatives were never quite energized over either Mitt Romney, Mike Huckabee, or Fred Thompson, and either diluted their support or never embraced a candidate with real passion.

He’s just warming up, so you should read the whole thing. Mr. Hanson goes into some very fine arguments for recognizing Senator McCain as not much different than any recent past Republican nominee… except Reagan. Even then, Hanson explains, Reagan’s policies were not as conservatively pristine as many today argue. 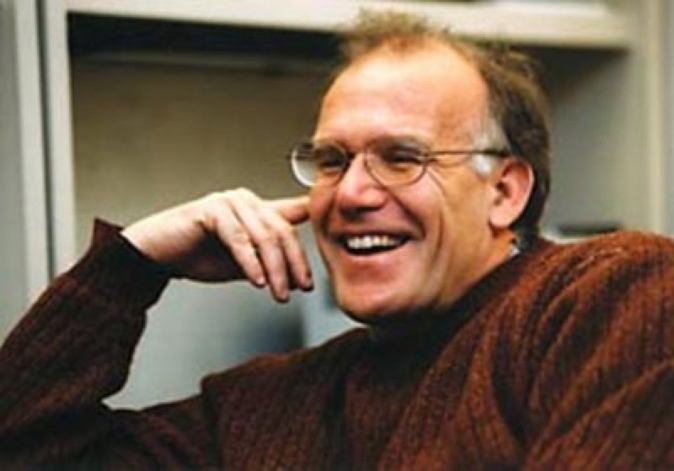 I know who I’m listening to.

They overlooked just one item.

The remake of 3:10 to Yuma has just been released in Australia. Remakes, like cover versions of old hits, often fail because either they adhere so closely to the original as to make themselves pointless. This remake, however, I liked. Christian Bale and Russell Crowe were as right for their roles as Van Heflin and Glenn Ford in their day.

But I missed the song. James Mangold, you should have included the song.

Here it is, over the original credits. Performed by Frankie Laine.

Britney Augers In: Estate Under Conservatorship

Sad, but I’ve known for years that it was just a matter of time.

LOS ANGELES (AP) – “Britney Spears and her estate were placed under court-ordered temporary conservatorship Friday, a day after the pop star was taken to a psychiatric hospital.”

Any bets on who’s next? Paris Hilton or Lindsey Lohan? It is obvious to anyone with a brain that these girls were not raised properly, and that they have no functional support network of real parents or friends. They are, in a very real sense, ships adrift with no rudders, with self-serving thrill seekers and money grubbers glomming onto them and enabling their despicable and self-destructive behavior.

Surprisingly, the “news” media doesn’t help… OK, that was deep, deep sarcasm for those of you in Berkeley.

Having been in the entertainment industry, I can tell you it is set up exactly to use up and then dispose of talent with exactly zero regard for them as human beings, making just as much money as is possible along the way. The best artistic rendering of this phenomenon is the Pink Floyd album Wish You Were Here, which is all about the late Sid Barret’s descent into insanity.

“Have a Cigar” sums it up nicely:

Come in here, dear boy, have a cigar. You’re gonna go far,
you’re gonna fly high, you’re never gonna die, you’re gonna make it if you try;
they’re gonna love you.
Well I’ve always had a deep respect, and I mean that most sincerely.
The band is just fantastic, that is really what I think.
Oh by the way, which one’s Pink?
And did we tell you the name of the game, boy,
we call it Riding the Gravy Train.

We’re just knocked out, we heard about the sell out.
You gotta get an album out, you owe it to the people.
We’re so happy we can hardly count.
Everybody else is just green, have you seen the chart?
It’s a hell of a start, it could be made into a monster
if we all pull together as a team.
And did we tell you the name of the game, boy,
we call it Riding the Gravy Train.

Of course, these entertainment industry types are mostly… lawyers.

Say what you will about her, but the only woman who has ever pwn3d this business is Madonna. She is an amazingly shrewd survivor. Too bad she didn’t help her friend Britney. 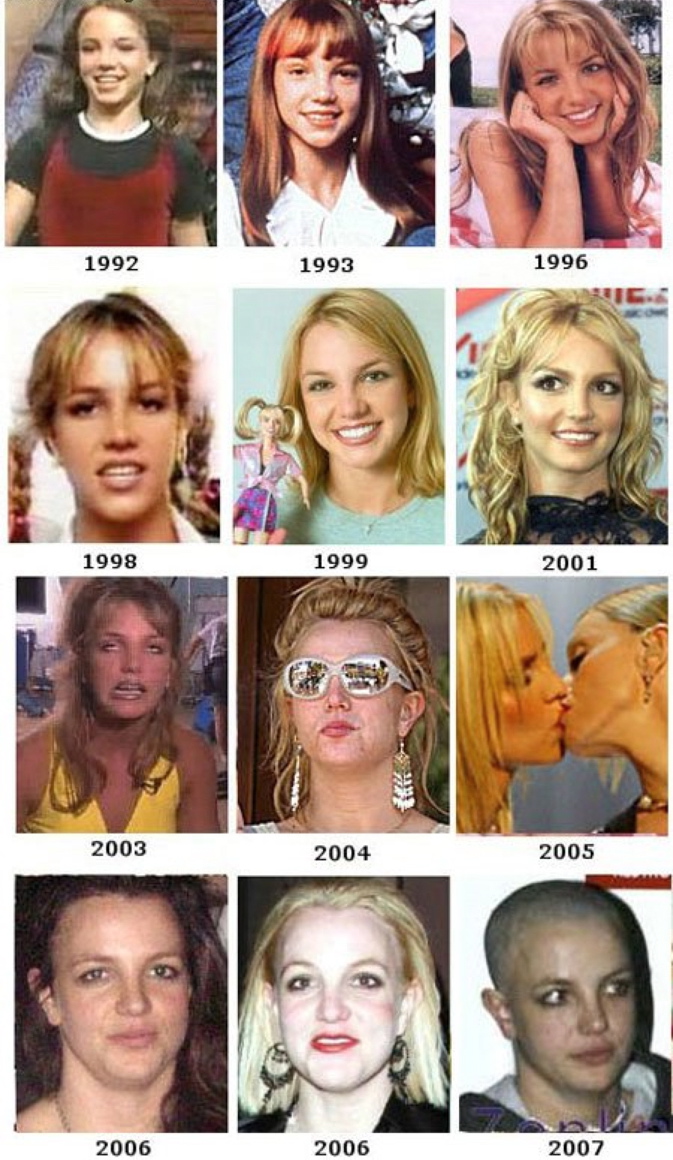 OK, this is it. Give Vermont and its two freak Senators away to anyone that wants the God damn place, or them!

Since when did Vermont decide to become Puritan, again?

“Blind rage just consumed everything – all the anger, the fury. When I calmed down, the police were here, and I was in cuffs.”

I would have let loose a Mastiff, not a Boxer.

Before your kilts are lifted and show nothing, wake up Scotland…

He argued that the contribution made by faith-based schools to the education system should be celebrated.

“For too long the attitude of some has been, at best, grudging acceptance of Catholic education and, at worst, outright hostility.”

I’m going to take a wild ass stab here AND say….Scotland, it isn’t the Catholics that lie waiting in th U.K. or Scotland that should concern you.

Scotland, it isn’t the Catholics that are being radicalized in schools and (BIG HINT) mosques, that should concern you.

Scotland, not a “big hint”, but the truth…Tiz the Islamists that should concern you.

Now, for a little bit of class in guitar playing.

I played this tune in my first recital at Berklee back in 1981. It gave me, as a freshman, instant hero status.

Larry is well over 60. Check out the guns on the guy! Yeah, he works out.

At a recent religious conference where Al Gore was described as “a Prophet” and presented with a Bible with a GREEN cover, he announced, citing Luke 12:54-57 for scriptural support, that it is dishonest (and therefore sinful) for anyone to claim that global warming is merely a theory rather than a scientific fact. 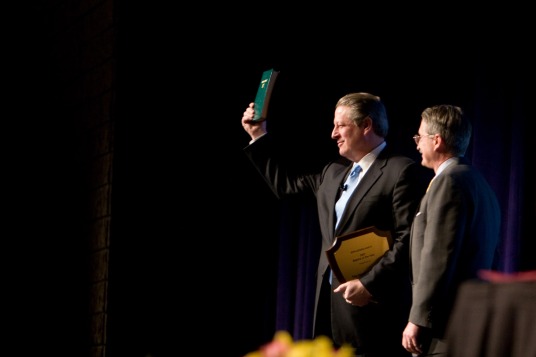 From the Baptist Press:

ATLANTA (BP)–Protecting the earth from global warming is a mandatory part of following Jesus, former Vice President Al Gore said at a “Stewardship of the Earth” luncheon Jan. 31 during the New Baptist Covenant Celebration in Atlanta.

Gore quoted Scripture several times in his speech and repeated his views that increasing amounts of carbon dioxide in the earth’s atmosphere are causing a global climate crisis. Gore produced an Academy Award-winning documentary, “An Inconvenient Truth,” which also dealt with global climate change and is being shown at the New Baptist Covenant meeting.

In an introduction of Gore, Robert Parham, executive director of the Baptist Center for Ethics, called the former Democratic presidential nominee a “Baptist prophet” and appeared to criticize the Southern Baptist Convention for its failure to commend Gore for his achievements. He also presented Gore with a “Baptist of the Year Award.”

Gore, citing Luke 12:54-57 for scriptural support, argued that it is dishonest for anyone to claim that global warming is merely a theory rather than a scientific fact.

“The evidence is there,” he said. “The signal is on the mountain. The trumpet has blown. The scientists are screaming from the rooftops. The ice is melting. The land is parched. The seas are rising. The storms are getting stronger. Why do we not judge what is right?”

Jeepers. Spot_the_dog reckons, if I’m already going to go to Hell for questioning the science of Al Gore’s Anthropogenic Global Warming®, might as well get a few more sins on the board. Gee, my next-door neighbour’s wife is awful cute …

–via my Southern Baptist cousin, who shall remain unnamed