FUKUOKA —
Police on Monday said a 17-year-old girl living in Fukuoka on Saturday posted a threatening message in which she said she would kill people at a train station in Kyushu. She used the same online bulletin board as Tomohiro Kato, the suspect in the Akihabara stabbing spree in Tokyo. Police said they intend to send her to prosecutors.

According to police, around 7:19 a.m. on Saturday, the girl posted the message which said: “I intend to carry out a massacre at a station in Kyushu which will go down in history. I’m the same as Kato. I feel sympathy for him. I will be executed because I will kill more people than he did.”

After the message was reported, prefectural police in Kyushu and JR mobilized security personnel at stations. The girl was quoted by police as saying, “I was just joking. I didn’t imagine it would turn into such a big deal.”

Sure. A joke huh? With a city by the name of FUKUOKA, you really expect anyone to believe…”I was just joking”?

A Singapore man with a weakness for sniffing women’s armpits was sentenced to 14 years in jail and 18 strokes of the cane for molesting his victims, a local newspaper reported Friday.

He molested 23 women over the course of 15 months, smelling their armpits and touching them in lifts, staircase landings and their homes, the paper said. He was caught after a housewife reported him to the police.

The 36-year-old, who the Straits Times said was mentally unstable, had previous convictions for drug and sex-related offences.

The court meted out the jail term, normally reserved for hardcore criminals, saying the man was likely to commit crimes again, the paper reported.

Caning on the buttocks is an additional punishment for male criminals in Singapore for offences ranging from vandalism to illegal possession of drugs and rape.

Come on, you miserable lefties

JOHN adds: We interviewed Peter on our radio show last week, and talked about Makers and Takers. It’s a fun interview; just click the button below to play it. Power Line

An Illustrated Guide to Obama’s Gun-Grabbing..The Democratic nominee wants to take away your guns — specifically, these guns.

Democratic presidential candidate Barack Obama has come under fire in recent days for anti-Semitic comments posted at  my.barackobama.com , a portion of the first-term senator’s website where almost anyone can create a user account and post their own content. Once the offending content was flagged by bloggers, it came down. Obama defenders point out that the offensive comments were not posted by the campaign, which is undoubtedly true.

The rest of the story, here

14/06/2008 , 06:51 AM Channel Nine has been left red faced and awaiting possible legal action after Footy Show host Paul Vautin accused a Brisbane security guard of being drunk on air.

The man suffers from an intellectual disability.

The incident took place during Thursday night’s show after a pre-recorded interview by Footy Show co-star Allan “Robbo” Robinson with the 21-year-old man was aired.

The man, a guard at Brisbane’s Caxton Hotel, looked awkward during the interview shying away from the bright lights and microphone.

“What about security at The Caxton? That bloke was blind. He could hardly talk,” Vautin joked after the interview finished.

News Limited papers have today run extensive stories about the interview and related comments in their Sydney and Queensland Confidential sections.

The stories, headlined “Drunk’ guard shown the door after Footy Show,” claimed the man would be removede from his position

Speaking to Hadley on air, the man’s father Peter said it was important to protect his family.

“He’s had this disability all his life – It’s a benign epililespy which means he has a learning difficulty and a slight speech impediment which means he mumbles,” the father told Hadley.

“He’s trying to be proffessional – He had this microphone shoved down his throat and bright lights in his eyes”.

Following that discussion, Caxton Hotel manger Steve Farquhar spoke to Hadley and admitted the guard would not be sacked.

“He can work in our place whenever he wants,” Farquhar said.

“He’s not barred from our place”.

Now I know that almost anything can be forgiven.

At least they were already in the right place to confess…

No, I’m not shitting you. Scientists at the US company LS9 have genetically altered E. Coli bacteria so that they eat agricultural waste – anything that can be broken down into sugars, actually – and excrete crude, which they call, “oil 2.0″… freaking amazing.

““Ten years ago I could never have imagined I’d be doing this,” says Greg Pal, 33, a former software executive, as he squints into the late afternoon Californian sun. “I mean, this is essentially agriculture, right? But the people I talk to – especially the ones coming out of business school – this is the one hot area everyone wants to get into.”

He means bugs. To be more precise: the genetic alteration of bugs – very, very small ones – so that when they feed on agricultural waste such as woodchips or wheat straw, they do something extraordinary. They excrete crude oil.

Unbelievably, this is not science fiction. Mr Pal holds up a small beaker of bug excretion that could, theoretically, be poured into the tank of the giant Lexus SUV next to us. Not that Mr Pal is willing to risk it just yet. He gives it a month before the first vehicle is filled up on what he calls “renewable petroleum”. After that, he grins, “it’s a brave new world”.

Think of the implications. We could tell OPEC to take a hike – I’d like nothing better than to de-fund the Saudis – and this process is actually carbon negative because the carbon consumed by the bacteria is more than the carbon released by the “oil 2.0” when you burn it. How will the eco-tards express their envy if they can’t bitch about SUV’s anymore?

You should read the whole thing, which comes via Instapundit.

Since Tiz deleated my last post in this series… along with over a dozen comments (AHEM!), I thought I’d demonstrate some more retrosexuality for the uneducated. 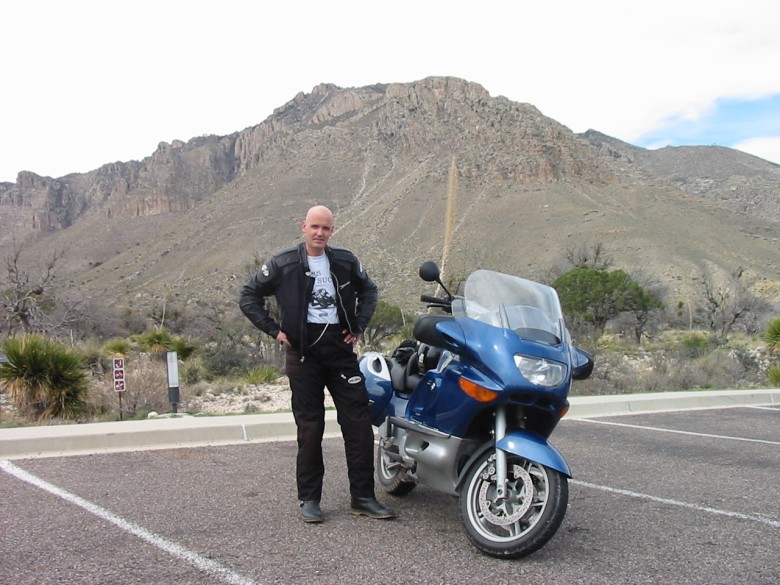 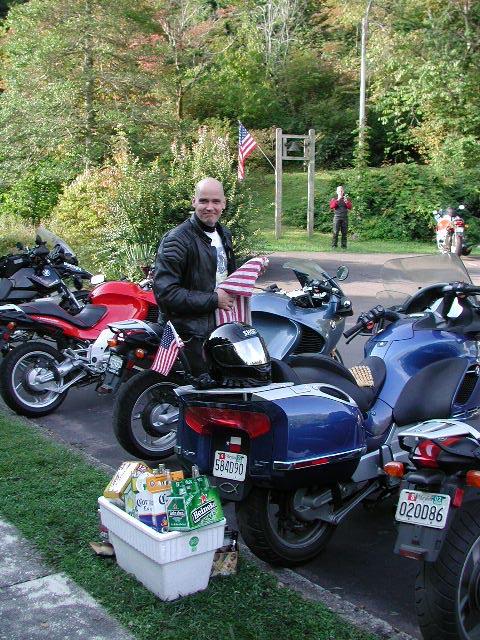 Yeah, BMW motorcycles, not Harleys: I’m a motorcyclist, not a biker. Deal.

‘Global warming is not our most urgent priority’

Bjørn Lomborg, the controversial Danish economist, tells James Delingpole that it is better to spend our limited funds on saving lives than on saving the planet

Gosh, I do hope Bjørn Lomborg doesn’t think I was trying to pick him up. I’ve only just learned from his Wikipedia entry that he’s ‘openly gay’ which, with hindsight, probably made my dogged insistence that we conduct our interview in his cramped hotel bedroom look like a cheap come-on. Not to mention the way I sat there throughout, mesmerised and sometimes lost for words under the gaze of the handsome, trim 43-year-old blond’s intensely sincere Danish blue eyes which never leave yours for one second.

But it’s OK, Bjørn. You were safe all along, I promise. The reason for my awe is quite simply that I believe you are one of the heroes of our age. You’ve been called the antichrist, been vilified ad hominem in numerous scientific journals, even had custard pies thrown in your face (at Borders bookshop, Oxford, by an eco-activist), but still you’ve stuck to your guns and continued bravely to reiterate what for a time seemed almost unsayable.

Lomborg’s basic argument — as laid out in his bestsellers, The Skeptical Environmentalist and Cool It! — is that the world isn’t in nearly as bad a mess as the eco-doomsayers claim it is. And before we do anything too drastic to try to make things better, we ought first to ascertain what its most pressing problems are, rather than throw good money after hopeless causes.

Lomborg’s latest venture is a body he has founded called the Copenhagen Consensus. Funded mainly by the Danish government, this research panel comprises 50 leading economists, including five Nobel Laureates, and has spent two years applying cost benefit analysis methods to a list of global challenges — disease, pollution, conflict, terrorism, climate change, water and so on.

Lengthy one from The Spectator UK

This Is Real Musical Talent

Angus is going to like this. The Good, The Bad And The Ugly, played on ukulele.

*blatantly stolen from Peter of Shepparton over at Bolta’s.