Something for the Ladies of the Left. We know you lurk. Enjoy. 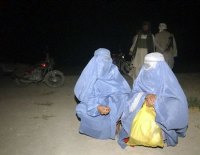 July 12: Two unidentified Afghan Women chat with each other a few minutes before they were executed by Taliban in Ghazni province, Afghanistan. Taliban fighters told Associated Press Television News that the two were executed for allegedly running a prostitution ring catering to U.S. soldiers and other foreign contractors at a U.S. base in Ghazni city.

I guess a jury of their peers, after hearing and seeing all of the evidence presented, said GUILTY!

Canada Charges Comedian with Not Being Funny. J.M. are you OK? Like do we have to smuggle you, into the U.S.?

When an eight-year-old Guy Earle was bouncing on his bed, reciting along to Steve Martin albums and dreaming of being a famous stand-up comic, he never imagined how that fame would finally arrive: in the form of a Canadian Human Rights Commission (HRC) complaint, brought by a lesbian heckler, accusing Earle of not being funny.

After getting a degree in physics and working for the likes of Corning and the British Navy, the British-born Earle toured the U.S. and Canada, honing his comedy routines in more than a thousand performances over twenty years.

Earle takes his comedy seriously. He explains to Pajamas Media:

Stand-up is an art form. I like the guys that live this rule. Traditional “Lenny Bruce” school of comedy is my bread and butter. It must contain social commentary and have “a message” — not Carrot Top or prop acts.

He claims it was his dedication to his art that led to the events at Vancouver’s Zesty’s Restaurant on May 22, 2007; he wanted some hecklers to give the evening’s final open mic comic a break. He told Pajamas Media it’s something he’s done countless times before as an MC:

I’ve said some awfully derogatory remarks to people who show no respect to a live stage show. My remarks are meant to shock and silence an unruly, disruptive group or person. I have generally offended a few people over the years but I never regret it because it is a function of being in a live and dynamic show and my jabs never come unsolicited. I can be accused of acting in poor taste but I cannot be accused of hating.

The Vancouver Sun tried to sort out the “he saids” and “she saids” of the booze-event, but only Earle agreed to speak on the record:

8 Idiots of the Year Award Winners.

Laughing My Fucking Ass Off.

How ’bout those George Bush records during Vietnam, Danny?

Shit! I hate when that happens. 🙂 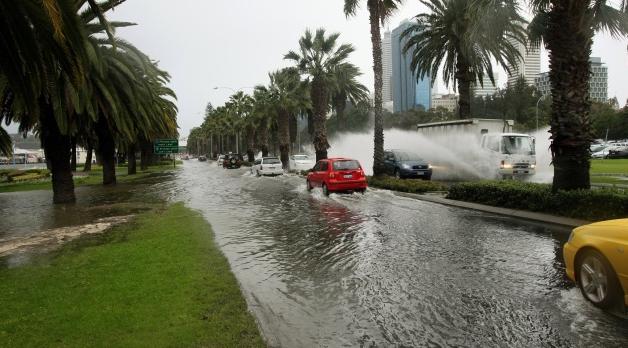 It’s gotta be climate change. After all, there’s never been a storm in Perth before, right?

Al was supposed to stop this from happening. You fat bastard!

This will certainly mean hard work for the local councils and the volunteers in the SES, all of which do a great job.

The City of Melville was the hardest hit, but I happen to have the inside scoop that the men and women working for Melville are absolutely fucking brilliant, and I’m sure it’ll be cleaned up very well and pretty fast.

Yo, Perthians, youse better all be safe, or I’s gonna hunt you down, you gots it?

* Image from The West.

Click for more photos, taken by our man on the ground.

END_OF_DOCUMENT_TOKEN_TO_BE_REPLACED

To watch the teaser trailer video at the link, you’ll have to download the newest version of Adobe Flash Player 9, as I did, but it only takes a couple of minutes, and it’s well worth it (Flash 9 ties up less processor power anyway, so everybody ought to have it. God, I’m a geek!).

Of course, I have ALL of the existing Terminator DVD’s, I saw the original when it came out, and I… er… “have” all of the Sarah Connor Chronicles episodes courtesy of a notorious P2P site (My sat company would have made me wait thirty days to get the channel!!!). Screw ’em.

This, I’m really looking forward to. The last one with Kristanna Loken just about gave me fart hailure.