Hillary Supporters: “She’s Not Dead Yet!”

I’m hoping the Democrat convention will be a fiasco, and if the die-hard supporters of the Wicked Witch of the East have anything to say about it, it will be.

“WASHINGTON — A massive e-mail and Internet campaign is under way aimed at derailing the nomination of Barack Obama and making Hillary Clinton the Democratic Party’s standard bearer next week at the national convention in Denver.

“I think it’s divisive for the ‘Support Hillary’ campaign to continue at this time. She made the decision to fully support Mr. Obama,” said Lowery. “I don’t know why they’re not taking their cue from Hillary and falling in line.””

I hope this gets uglier than Hillary herself.

God Damn, this makes me want to vote for Hussein. Shit, he’s right for mocking John about houses. Then of course he and Michelle are right in NOT remembering 20 years of church attendance of racist hate by the Rev. Wright.

This here Obama guy will make a great Prez. Liberia will be much better off for voting him in.

Is This A Sick Joke?!

Has anyone seen this enjoyable movie?

Now hands up who thinks it’s full of shit?

Heh. That’s what I thought!

Miniature Angus Cattle In The Texas Hill Country…OH my, A Mini Me. Courtesy, J.M…LOL.

Well worth a listen AND viewing Hanson and Hitchens….

Pajamas Media double header. One, an audio Victor Davis Hanson, on Barack Obama. The second, a video featuring Hitchens and Hanson on “revisionism” of WW II

Alright, who’s volunteering to buy me a weasel?

Gardening: Not My Forte

I’m not a good gardener. The only thing I can grow is dirt, and I do that very effectively.

So fully aware of my inability to do anything at all in the garden, I bought a plant. 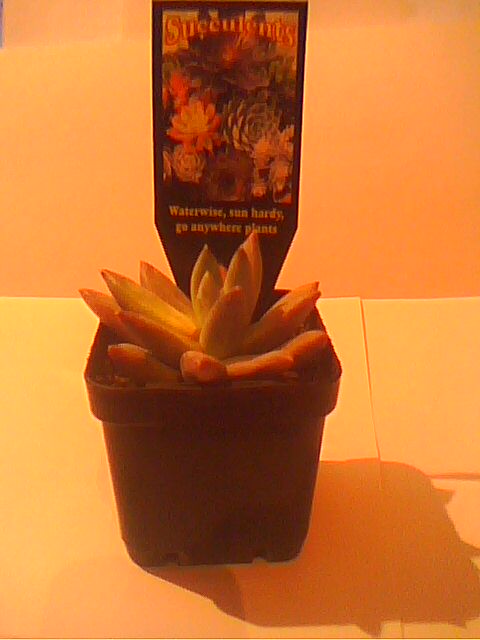 Updates on the plant’s health will be forthcoming.

Someone should call the RSPP.

Sneaking A Peek At Two Journals

END_OF_DOCUMENT_TOKEN_TO_BE_REPLACED

We have a disagreement about the upcoming winter here in the US.

“Households worried about the high cost of keeping warm this winter will draw little comfort from the Farmers’ Almanac, which predicts below-average temperatures for most of the U.S.

“Numb’s the word,” says the 192-year-old publication, which claims an accuracy rate of 80 to 85 percent for its forecasts that are prepared two years in advance.

The almanac’s 2009 edition, which goes on sale Tuesday, says at least two-thirds of the country can expect colder than average temperatures, with only the Far West and Southeast in line for near-normal readings.”

However, the warmeinstas at the NWS pooh-pooh this idea.

“The almanac’s winter forecast is at odds with that of the National Weather Service, whose trends-based outlook calls for warmer than normal temperatures over much of the country, including Alaska, said Ed O’Lenic, chief of the operations branch at NOAA’s Climate Prediction Center.

While he wouldn’t comment specifically on the almanac’s ability to forecast the weather two years from now, O’Lenic said it’s generally impossible to come up with accurate forecasts more than a week in advance.

“Of course it’s possible to prepare a forecast with any lead time you like. Whether or nor that forecast has any accuracy or usable skill is another question,” he said”

OK, the Farmer’s Almanac has an 80-85% accuracy rate over 192 years, and the National Weather Service basically admits to not being able to forecast accurately a week in advance. AND YET, the climo-tards still believe in magic: That their puny computer models spell doom, DOOM FOR US ALL!

FWIW: Signs here in Far West Texas indicate that a very wet, very cold winter is upon us. This summer has been unusually cool, we’re several inches above our average annual rainfall already, and we’re suffering from a frog and mosquito infestation. Old timers here cast their gaze into the sky and say, “We’re gettin’ some heavy early snow, and some single digit temps in January for sure.”

And, let us not forget, the sun is in the death-grip of… The Gore Minimum and there are NO SUNSPOTS TO BE FOUND.