Sarah Palin: All The Right Wing Cred McCain Can Get

The choice of Alaskan Governor Sarah Palin as John McCain’s Vice Presidential nominee is an absolute masterstroke. It truly is, and for a number of reasons.

Palin has been quoted as being tenacious. The senior pastor (Ed Kalnins) at Palin’s church, the Assembly of God, said of Palin: “Once she understands a truth, she bites down on it and won’t let go of the truth.” This tells me that a) she’ll research what she’s talking about, b) form her decision on the subject, and c) she’ll stick to her beliefs until step a) reveals more information, then she’ll re-evaluate. The United States could very well deal with that kind of skill and decision making, particularly as it’s something many on the Left side of politics say that neither the current President nor the current Vice President are capable of.

Palin is also unafraid to not pull the Republican party line. While mayor of Wasilla and later Governor of Alaska, she was unafraid to propose new projects and different ways of resolving issues facing her communities which were in contradiction of the proposals put forward by other Republicans in the party, and her stance on ethics was a major contributor to her being elected to Governor in a landslide against previous Republican Governor Frank Murkowski. While she has had her moments of being rather divisive, she also has a lot of talent for working in a team.

Sarah Palin was on the school basketball team, the Wasilla Warrior girls’ team, and led them to a five-point win in the State finals. It was in basketball when she earned the nickname “Sarah Barracuda”, for her playing skill and on court aggression. Being on a sports team is one of the fastest way to pick up vital skills in how to work as a team and how to support other members in the team, and most importantly, how to achieve group goals. This is undoubtedly an experience which gave her an important boost in her professional life, and probably helped her in building the cohesive family she has now. 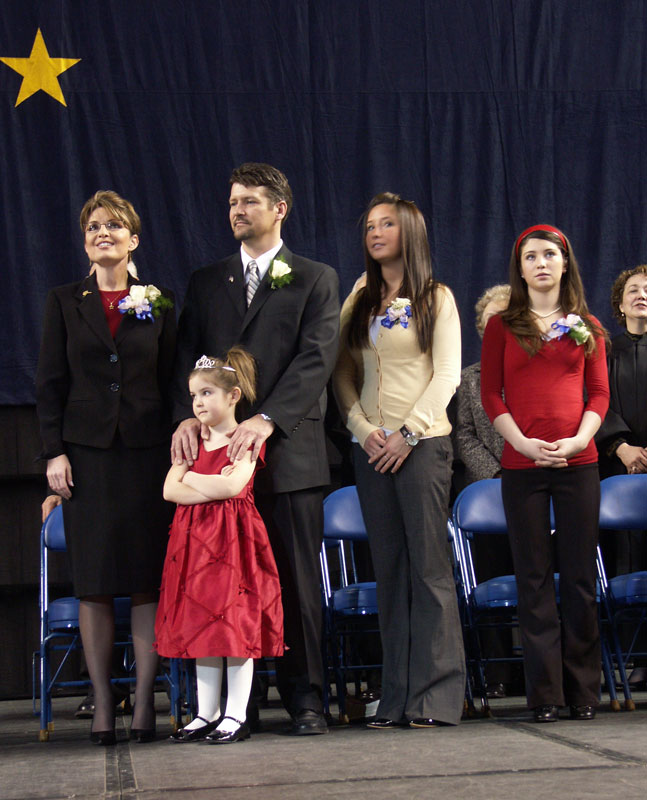 Palin’s family is obviously quite important to her, which is why she has what appears to be a strong relationship with her husband, and five charming children. Her children are Track, Bristol, Willow, Piper and Trig, all names which sound unusual but actually aren’t. Track is in the United States Army, and will be serving in Iraq. Bristol has been ill from school, although some of the nastier Left-wing people claim that it’s not from mononucleosis, but because it was actually 17-year-old Bristol who was pregnant, not her mother. This is slanderous rubbish, and those propagating such a thing should be ashamed of themselves.

The real matter of whether Bristol carried Trig to term is easily solved. Have a look at the following image, taken not long after John McCain announced Palin as his Vice Presidential Nominee, and sourced from Meghan McCain’s website. There is no way possible that Bristol (who is married to her high school sweetheart) has had a child in April and is that heavily pregnant with a child today. I think we can put that bullshit rumour to rest. 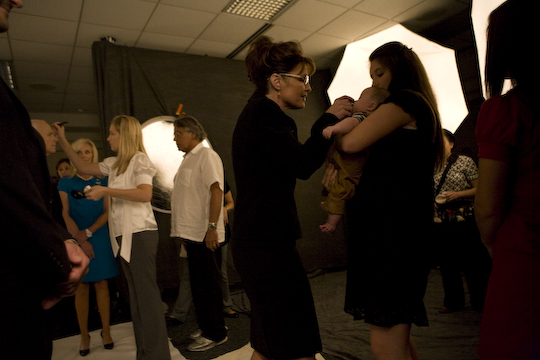 Trig is five-months-old now, and has Downs Syndrome, something that Governor Palin knew before Trig was born, and it’s possibly a very good reason as to why Palin didn’t reveal her pregnancy until later in her term. Once she became aware that her son had Downs Syndrome, she probably chose to keep it quiet from the media until she had fully prepared herself, her husband, and her other four children. It’s highly possible that this is the reason that colleagues weren’t fully informed about her pregnancy until late in her term. I have no doubt that Palin and her husband would have prepared themselves as much as possible for having a child with special needs, and I commend her standing by her pro-life policies.

Palin’s pro-life stance is one I don’t completely agree with, but I admire her for having a sense for the sanctity of human life. Unlike Palin, I would permit abortion in the case of rape or incest, because I’m certain of the emotional pain that the woman would go through if she didn’t at least have the choice. I would also permit it in the case that either mother or child may be lost otherwise. I certainly don’t support it as a form of contraception though. It’s Palin’s strong reverence for life that I find attractive about her pro-life stance, and I admire her for it and for her faith.

Sarah Palin and her family attend the Wasilla Assembly of God Church, a church with a good, healthy set of Christian beliefs. Governor Palin seems quite sure of herself and her beliefs, and having listened to a number of sermons of the Wasilla Assembly of God Church, I think Governor Palin, Vice Presidential Nominee, is in as sound spiritual hands as Presidential Nominee John McCain. 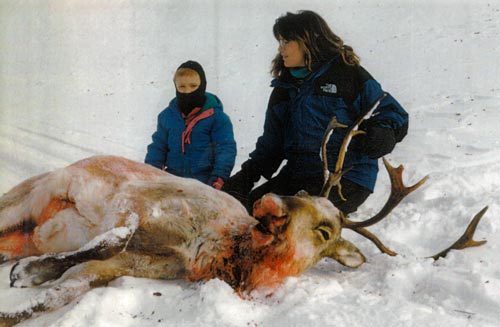 While Palin has strong feelings for the sanctity of human life, she’s being widely criticised for her pro-hunting stance and her lifetime membership of the National Rifle Association, and photos from her hunting and fishing expeditions are emerging along with some very weak arguments from the animal liberation lobbyists. I don’t think the animal liberation lobbyists have a very good understand of hunting however. They clearly don’t realise that if a hunter has done a proper job, it’s a clean shot and the animal never even feels it. Personally, I like the pro-hunting, pro-guns policies of Governor Palin. 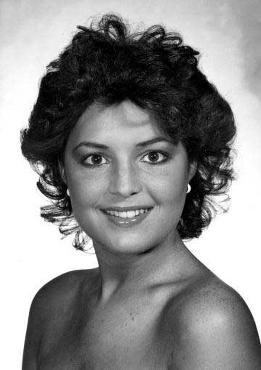 Governor Palin is also an impressive public speaker, a skill which was probably refined during her time as a beauty pageant contender. During these competitions, she would have learned to compose herself in front of large crowds, speak publicly, and conduct herself with maturity. This is certainly a great set of skills America needs for a Vice President.

Sarah Palin also has real life, on the ground (and water) life experience, not just in politics, but also in helping her husband, Todd Palin, out with his commercial fishing business, hauling in fish and other assorted but necessary duties. With her life experience, executive experience, and 80% approval rating in Alaska, she’s likely to bring the State home in the 2008 Presidential Election.

Palin will also solidify the Right to vote for McCain, who is too center-left for many conservatives. Palin will act as a good balance for McCain, and will also attribute her age and experience in an executive position to the role of Vice President.

21 Responses to “Sarah Palin: All The Right Wing Cred McCain Can Get”