Try saying that after a few “rounds” of Korea’s national…

What is Korea’s national? Why, soju of course! But since a picture can tell a thousand words, here’s a Ph.D

So anyway, after dinner, lady bing and I were at the supermarket last night – most are open til midnight or are even 24 hour – to pick up some hot dog rolls for Sunday Brunch. Well, they didn’t have hot dog rolls, so we bought a French breadstick instead…But I digress. Next to the bakery section was the booze section… and most likely still is.

And boy oh boy, did they have some… booze that is, not grammatical nuances.

Now it’s not like I haven’t seen soju or booze at a supermarket before (at least outside Australia), but boy oh boy have they come up with some, er, innovative marketing ideas… re soju.

Yet I can’t say any of them are actually that much of a surprise, considering I, um, know about this beverage quite well.

Soju is like beer in this country. Despite being about four times stronger, it’s the go-to after work drink. For once, I like the logic in Korea. A six pack of beer, and a six pack here! 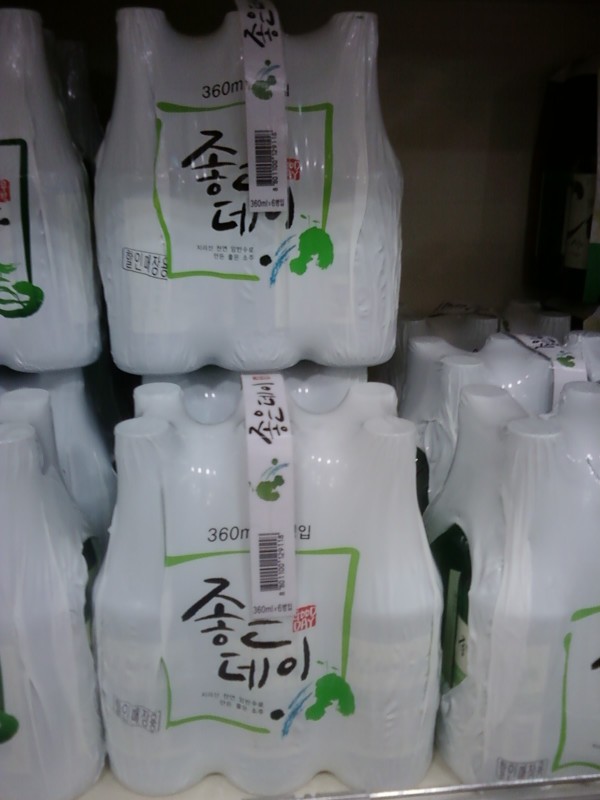 Buuuut, yes, if you clicked on the Ph.D link, you’ll have quickly realised that soju has some pretty nasty and sometimes embarrassing consequences. Well, as a mate said to me once (loosely quoted), “bingbing, give me solutions. Don’t give me problems. I have enough problems. Solutions, bingbing, solutions!”

What? A band-aid solution? Why, yes!

Get so blacked out you can’t remember shit? Nothing to fear, soju is here! 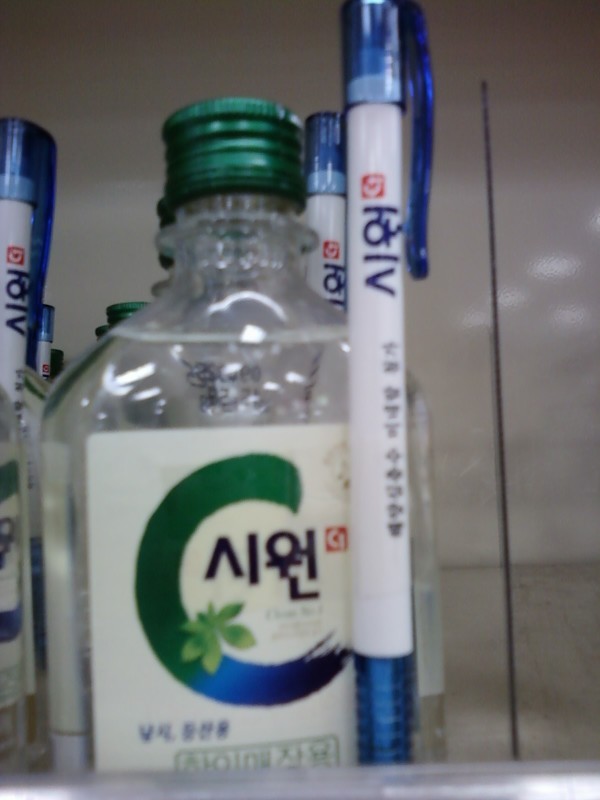 The hooker you entertained doesn’t have a fresh pair of socks for you? Told your wife to go by the store and pick up some (soju), but her wifery instincts take over? Nothing to fear, soju is here!

Yep, the sex industry is HUGE over here – hookers behind glass windows, anmas, hyugaetels, barber shops with two spinning poles, love motels, juicy bars, middle and high school girls getting “help me” money, legal age being 13… Oh, but prostitution is illegal, and the cultural lessons foreign teachers get are about how Koreans eat kimchi and that Korea has four seasons.

But back to soju… and kids… and what kid doesn’t love poppers? Nothing to fear, soju is here!

Whew, this post is becoming a bit of a sweat. Nothing to fear, soju is here! 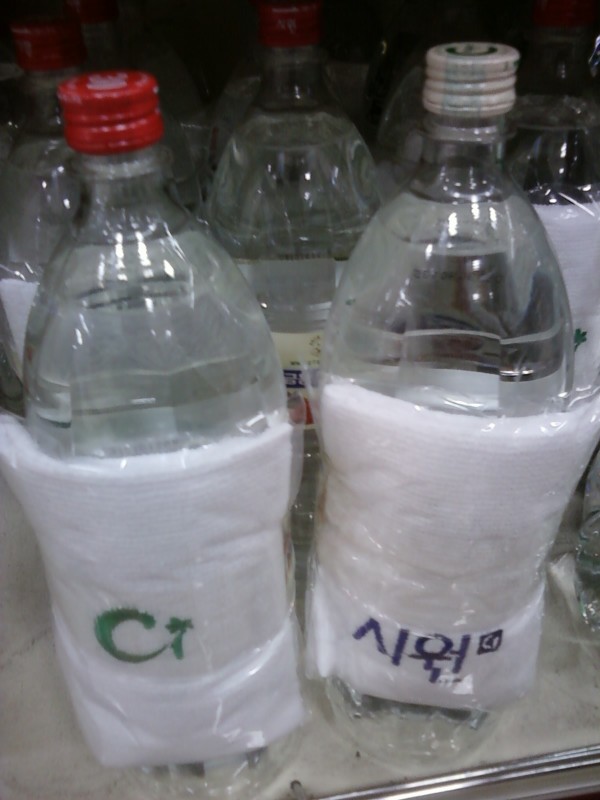 You know, one time, sick of drinking the shite raw, I saw a bottle with fruit on the label. Assah!

The stuff damn near knocked my head off. You see, soju is usually about 20%. I saw the fruit on the label. I missed something else… 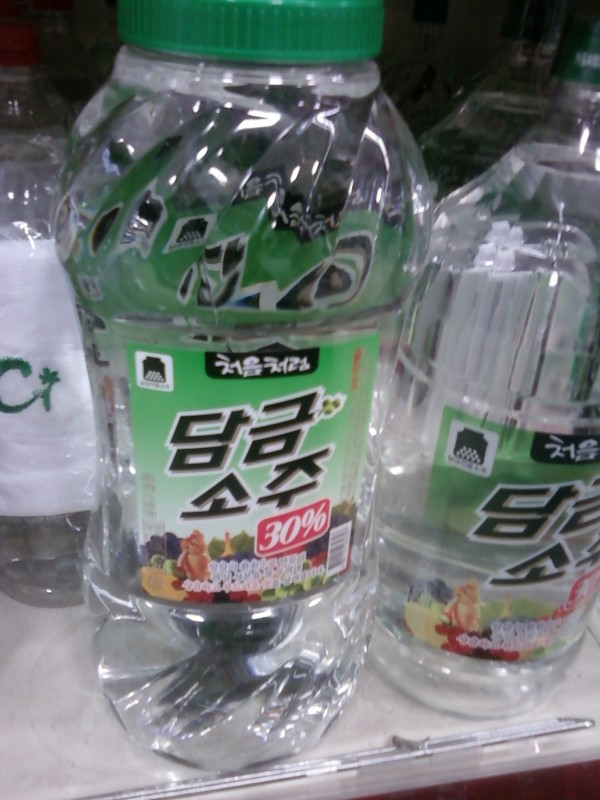 Yes, that’s right, 30% soju. Try downing that in one shot!  Woah! No nice flavour, either, like rum or whiskey. Lady bing informed me it’s only used for cooking. That makes sense, if not belatedly.

Well, there you go. A foray into the Korean world of soju. Hope you enjoyed. But just for the record, us waygooks – that’s foreigner in Korea speak – have made a decent impact.

And I drink my soju with lemon juice. Cheers.