Then an expression of sympathy for those lost, their actions have brought them to a far harsher end than any would wish upon them. Ive been to Christmas Island, and the part they appear to have hit is sharp cliff face, 2-5 m high and difficult to clamber over, a terrible end. 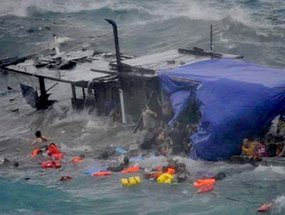 Finally a word for the scum infesting Australia’s parliament.

You did this Chris Evans

You did this Julia Gillard

You did this Kevin Rudd

You did this Chris Evans

You did this Kate Lundy 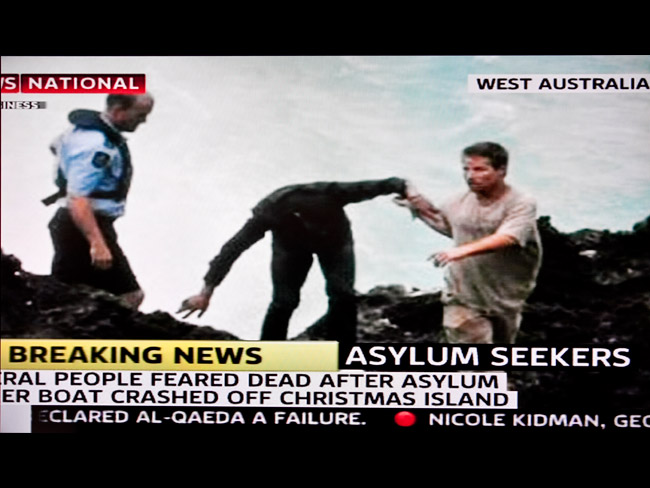 Your stupid, naive, idiotic insistence, despite all factual and material evidence that you policies had restarted the illegal immigrant trade, that there was no link is a bloody handed lie.

So what are you?  Ideologues for whom the lost lives are a worthwhile sacrifice as long as you can “feel” youve done the right thing? Or cold blooded psychopaths knowingly risking the lives of hundreds in order to appease the pro-refugee lobby.

I hope the screams of the dying haunt you you festering psychos.

Heres an extract from a post I wrote over at skepiclawyer a while back.

This will shock many, but Ruddock did the most humane thing in the world.

I sent a submission to the new immigration minister when it was called for last year, offering advice and answers to any questions he and his staff might have on immigration detention issues. I received back a terse reply along the lines of “your experiences are out of date and irrelevant and won’t be considered.”

I have great confidence the new minister has already signaled to smugglers that their business is back open. When this leads to deaths, it will be as a result of people who are acting with the best of intentions to prevent a number of smaller evils (mandatory detention) which are easily visible, while not being aware of the much greater evils they are helping facilitate.

You are vermin Evans. Scum and slime.

7 Responses to “This was utterly predictable. Christmas Island drownings”