As has been reported on many news sites PFC Bradley Manning is apparently so mistreated the UN is going to investigate. ( Id sleep with my bum to the door if I were him, the UN has a certain…reputation) 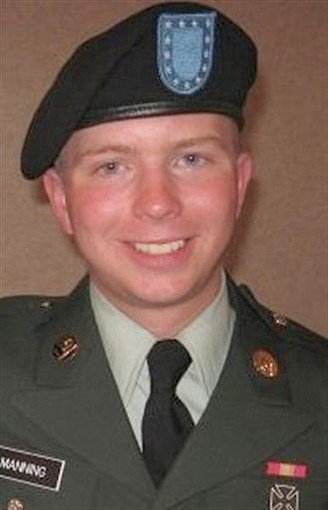 From the link: “THE UN HAS CONFIRMED it is investigating complaints made by supporters of detained US army soldier Bradley Manning, suspected of supplying confidential US files and military information to WikilLeaks.” 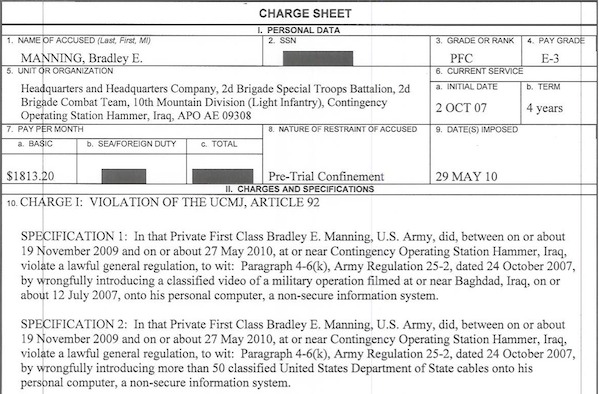 Now Ive run across an interesting website run by an ex-military man now lawyer who specialises in court martial cases. Hes also currently defending Mr Manning. David E. Coombs is his name, and he has a blog of his own.

He has written a piece on his blog which clearly outlines how PFC Manning is treated, and how his day unfolds. Its matter of fact and fairly banal, Mannings biggest hassle will be boredom.

Heres a couple of sections, but please go across and have a look at the full thing.

His cell is approximately six feet wide and twelve feet in length.

The cell has a bed, a drinking fountain, and a toilet.

The guards at the confinement facility are professional. At no time have they tried to bully, harass, or embarrass PFC Manning. Given the nature of their job, however, they do not engage in conversation with PFC Manning.
…..

He is not allowed to have a pillow or sheets. However, he is given access to two blankets and has recently been given a new mattress that has a built-in pillow.
…..

When PFC Manning goes to sleep, he is required to strip down to his boxer shorts and surrender his clothing to the guards. His clothing is returned to him the next morning

So as you can see his daily routine is banal, and boring, but torture??

The Lawyers blog has been infested by shrieking moonbats of the most fantastic varieties, the comments section is a hoot.  Some highlights under the fold…

“How different is this to using electrodes to force false confessions? To me it is merely more deniable, the scars less obvious, the bloodstains more easily washed away.”

“The treatment of PFC Manning is not in line with the Bill of Rights or the UN Declaration of Human Rights. I feel that Manning is a conscientious objector and should be given bail.”

“I wonder about psychotropic drugs.

Is he receiving any medication of any kind?

Is his food preparation monitored?

Is his water from a common source?”

“This is incredible and amounts to torture. How vicious people in power can get.”

“The conditions in the Stasi prisons in the DDR were better than these.”

“I was arrested for a traffic violation once. I was in a cell for a few hours. It was horrible. That is why I know what Bradley Manning has to endure is hell.”

“This is what the Chinese do to anyone who doesn’t tow the line.”

Thats only getting about 1/2 wat through the comments, they are a cesspool of conspiracy and fantasy…