So we see over at Bolt’s Palace this morning that the Donald has pulled out of the US presidential Republican nomination.

Well, it’s doubtful anyone’s surprised. And yeeees, this certain blogger did like what Trump was offering, even whilst knowing most conservative bloggers (libertarian here) didn’t want a bar of him. A lot of it was that breath of fresh air factor he brought to the debate. And I still think no other Republican that has been offered up will be capable of beating Obama.

Happy to be proved wrong, but there you go.

And I still think a successful businessperson would be ideal for the US’ top job, especially considering the deficit and debt. So I guess that leaves me favouring Romney, however, lately, one’s ear hasn’t been kept that close to the political – let alone the US political – ground.

Who’s been looking good lately, folks, and why?

PS Thanks for all the email updates JM even though there wasn’t any time to use them.

Sneaky edit under the fold…. 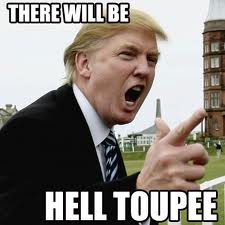