PAUL EHRLICH, still wrong after all these years.

For some obscure reason an Australian University was playing host to Paul Ehrlich this week, and apparently his lecture wasnt titled “I was wrong, boy wasnt that silly”. No instead hes jumped both feet first on the Global warming bandwagon and milking it for all hes worth. 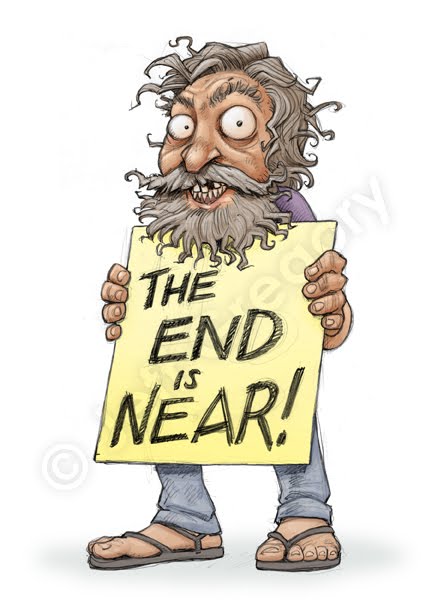 Mr Ehrlich at his day job

As a serial wrongist of long standing I felt it might be worth a gentle layman’s Fisk of his radio interview.

ELEANOR HALL: The United Nations says the world’s population will reach 7 billion some time today, though it concedes the date is symbolic and its calculations could be out by six months in either direction.

The UN secretary-general Ban Ki-moon says reaching the 7 billion mark is an opportunity for progress.

But Professor of Population Studies at Stanford University and author of the controversial book, The Population Bomb, Dr Paul Ehrlich, says the milestone is no cause for celebration:

PAUL EHRLICH: I think it’s cause for a lot of alarm and so does every scientist I know.

(Every scientist he knows, careful parsing of the phrase there Paul)

You have got to face it, we still have close to 3 billion people living in poverty, almost a billion hungry. We are wrecking our environment, we are changing the climate, we are toxifying the planet from pole to pole and the worst thing is that nobody is doing anything about it.

(Heres an article from a poverty fighting website, in fact things are getting better on an absolute level, in pretty well every area mentioned,

Much, much more paul slapping under the fold.

Or you could just watch this little video from

ELEANOR HALL: But this is the sort of population explosion you warned would be catastrophic in your famous book, The Population Bomb, 40 years ago.

Why should anyone believe your warnings now when you’ve made such dire predictions before and they’ve proven to be unnecessarily alarmist?

PAUL EHRLICH: Well first of all, the predictions that most people quote were actually scenarios, little stories about the future we said would not come exactly true but when you figure that something like 240 million people have starved to death since we wrote the book, since we now have faced the fact that the ozone layer has deteriorated, that we are losing the biodiversity that runs our life support systems, that we are going to have to try and expand agriculture which is the thing that attacks our life support systems worse and yet is one of the biggest producers of greenhouse gases, which in turn are going to change the climate and hurt agriculture.

So people starving to death in famines is evidence we are all going to starve soon?

Heres a more recent publication by Mr Ehrlich predicting global death written in 1992, surely he will be closer to the mark now? Ha, just joking, we are still doooomed!

The appeal to the wisdom of himself vs the world as it is.

ELEANOR HALL: But you did warn in your book that the battle to feed humanity had already been lost in the 1970s and that an expanding population would bring about a higher death rate. In fact the reverse ended up being true. Did you then …

From Wiki, but it does nail both the factual SCIENTIFIC errors made as well as the evasiveness of Ehrlichs answer.
However, in reality the global death rate has continued to decline substantially since then, from 13/1000 in 1965–74 to 10/1000 from 1985–1990. Meanwhile the population of the world has more than doubled, while calories consumed/person have increased 24%. The UN does not keep official death-by-hunger statistics so it is hard to measure whether the “hundreds of millions of deaths” number is correct. Ehrlich himself suggested in 2009 that between 200-300 million had died of hunger since 1968. However, that is measured over 40 years rather than the ten to twenty foreseen in the book, so it can be seen as significantly fewer than predicted.

ELEANOR HALL: You predicted it would bring about a higher death rate and it hasn’t. I’m wondering did you then and do you still underestimate the human capacity for adapting to problems, for …

On you Ellanor, pin the Malthusian doomsayer!

PAUL EHRLICH: I am very hopeful about the human capacity to adapt to problems. What I haven’t seen is any sign, any real sign of that adaptation.

During the mid-20th century, Borlaug led the introduction of these high-yielding varieties combined with modern agricultural production techniques to Mexico, Pakistan, and India. As a result, Mexico became a net exporter of wheat by 1963. Between 1965 and 1970, wheat yields nearly doubled in Pakistan and India, greatly improving the food security in those nations. These collective increases in yield have been labeled the Green Revolution, and Borlaug is often credited with saving over a billion people worldwide from starvation. He was awarded the Nobel Peace Prize in 1970 in recognition of his contributions to world peace through increasing food supply

Australia can still lead the way, you know, you’ve got a cap and trade system at least in place, Australian could have a thriving solar industry and make lots of money and lots of jobs.

Hooray, we tax ourselves and become LESS efficient producers of energy.

So I mean Australia has got a chance of really leading the way and that’s one of the reasons Australia is one of our favourite places.

Given his stated goal is to reduce human population he may be right, another decade of Julias rule might see chaos and population reduction…

ELEANOR HALL: Australia has a relatively sparse population compared to many other places in the world. Do you see that as an advantage?

PAUL EHRLICH: I see it not as an advantage because the moon has a relatively sparse population too. Australia is about as badly overpopulated as the United States is. We have a lot more resources, a lot more water.

This bloke is another in the Tim Flanney model of science. Pithy little one liners without any substance. Australia has plenty of energy, water and arable land, all it needs is transporting storing and using. The entire top end of Australia spends 1/2 the year wet and produces little….yet.

You know, you are going to be having trouble even feeding yourself if you are not very careful as the climate changes. The big problem and what we are trying to do more than anything else is to organise not just scientists but social scientists and people in general to start actually looking at the real problems which are never in the mass media and deal with them in detail.

Because social science is such a respected field? Never in the mass media? Youve had a near unfettered run with the gerbil worming scare for 2 decades now, a film about it won an Oscar and a Nobel prize. So claiming it is ignored is just crap.

ELEANOR HALL: So what are the real problems?

PAUL EHRLICH: The real problems are that we, you cannot have infinite growth in a finite space. Anybody who thinks you can have continued growth of the economy is either a madman or an economist.

Thus spake Malthus, Ehrlich can’t even claim originality. And at least Malthus was operating in a much less information rich environment.

The power of population is so superior to the power of the earth to produce subsistence for man, that premature death must in some shape or other visit the human race. The vices of mankind are active and able ministers of depopulation. They are the precursors in the great army of destruction, and often finish the dreadful work themselves. But should they fail in this war of extermination, sickly seasons, epidemics, pestilence, and plague advance in terrific array, and sweep off their thousands and tens of thousands. Should success be still incomplete, gigantic inevitable famine stalks in the rear, and with one mighty blow levels the population with the food of the world”.

ELEANOR HALL: You say that the next 2 billion people on the planet will have a more damaging effect than the last 2 billion. Why would that be?

PAUL EHRLICH: Well, because human beings are smart and we pick the low hanging fruit first.

For example, we didn’t start farming marginal land and move gradually towards the river valleys, we started in the river valleys and now each person you add has to be fed from food grown on more marginal land, has to drink water that is transported further or desalinated or purified more rather than just drinking it right out of the rivers.

We are way past the point of diminishing returns and also studies have shown when you start getting diminishing, what they call technically diminishing marginal product, it is a sign that civilisation is going to collapse and what is stunningly terrifying right now is the first time we have a global civilisation that is teetering on the brink of collapse and doesn’t even realise it.

So his claim is “we are successfully utilising the planets resources now (decades after I predicted we couldnt), but there is no way we can continue to do so”. again, bullshit. There are patches of ground in my town that were used for broad acre cropping a few decades ago, they now have market gardens capable of producing many multiple yields to what they used to. This WILL be replicated as it becomes viable.

ELEANOR HALL: So what would you like to see governments in countries like Australia and the US do about this?

Water: Dams, desalination only requires energy, see above for source.

He has been calling for compulsory sterilisation, mandatory birth control, deliberate starving of populations, taxes on children and other foul things for decades. Our national broadcaster lets him on and our Unis feel hes a good bloke to have speak and pay his way? 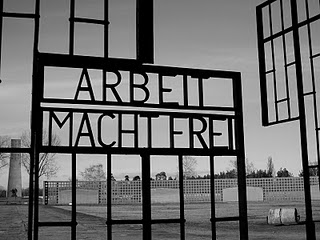 Way too many of you.. but just the right number of me.

And you can listen to a longer version of that interview on our website and Professor Ehrlich will be delivering the annual Jack Beale Lecture on the global environment tonight at the University of New South Wales in Sydney.

9 Responses to “PAUL EHRLICH, still wrong after all these years.”