Had a call letting me know a couple of my customers had abandoned their state house,  I went around to see if any of my goods were still there.

I was there on Thursday about 1500, and the house was locked up, bailiff notices on the doors, all secure.

Friday morning I went to the house with the lady from the Department of Housing, I beat her by about 5 minutes and found the place had been broken into overnight. Empty houses in an underclass neighborhood are an open invitation to burgle.

I confirmed a bit of the gear was mine (barely worth retrieving) and left. I went back a bit later with my other half and the camera, I think its necessary to document why some of the “poor” should be left in the street as an example to others.

The rather inviting front...This place was occupied for only around 8 months, on average it takes Homeswest a good 3 months to "take back" an abandoned property. Side of the house.

There is a very large backlog of people looking to get into Homeswest housing (government), due to it being cheaper than normal rent, and generally more secure tenure.
Yet people are able to treat them like this and walk away, homeswest know its useless trying to get anything back, and also know that in a few years they will have the same tenants applying again, as various houses (all taken under different family members names) are wrecked and abandoned.
My fathers wife is Vietnamese, her opinion “They should be allowed to die”, harsh but bugger me, the indirect misery and cost these feral turds cause is enormous.
The Homeswest lady tells me the place might be ready for a new tenant in 2 weeks.. Id be surprised if it was that quick.
Many more under the fold… Lots of piccies. 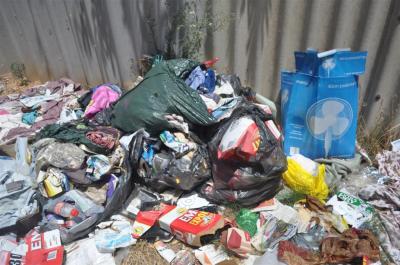 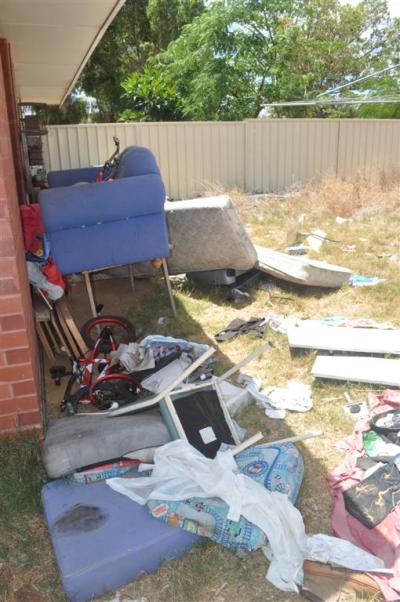 Back of the house

I dont want to know what happened to that mattress… 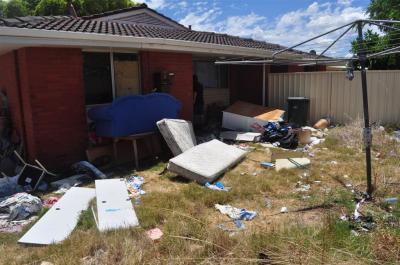 The break in, smash the window near the door

For a change ants, not cockroaches on the floor.

At least whats in the fridge is still "fresh"....

Ps: Yes those are cockroaches inside the fridge…

I was lying about the roaches, here they are...

The ants had the floor and the roaches had the cupboards and sink… Bit of a no invertebrates land in between..

The silver looking ball is the remains of a cask of “Goon”, or cheap boxed wine.

Corridor in the house... 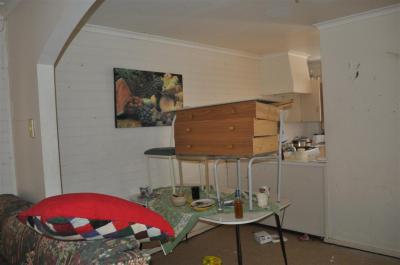 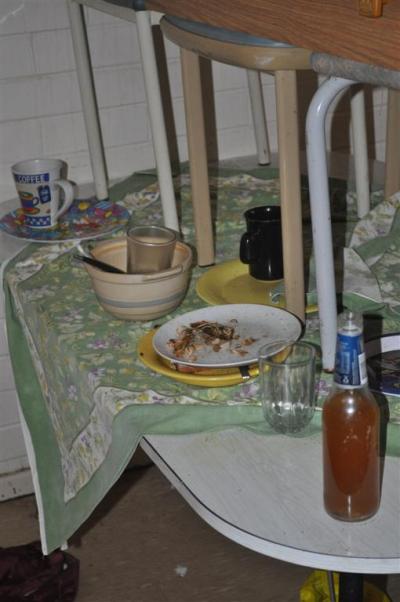 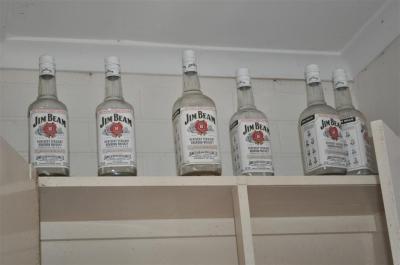 Pity the next door mob..

There was a couple of other photos, but there was some ID visible in them so I though it better not to post it. Will try and post some video from the house later on.

13 Responses to “Another Australian underclass house.”