Not That I’m Laughing

Something about this is just surreal. Although he’s not the only person in Australia to have this type of family history…

Prime Minister Kevin Rudd’s ancestors include petty criminals – one a street urchin sentenced to death for stealing a dress and underwear from another child, family researchers say.

Years ago, in a house far, far away, I was undergoing a course which involved a module to do with the “Law of Evidence”, which involved learning about what types of evidence is acceptable in Courts in Victoria. We did an in-depth study of the case of Leith Ratten, a man from the very far North of Victoria who was convicted of shooting his eight-month-pregnant wife, causing her death.

Now, Leith Ratten may or may not have been guilty, because I’m certainly not convinced “beyond reasonable doubt”, and we all know what that means. Leith Ratten was apparently turning from facing left to facing right while holding a loaded rifle, and he was blind in his right eye. So yes, it could have been intentional, and it could have been an accident. And when he rang the Echuca telephone exchange (who were, and are now, in charge of connecting all phone calls) he said either “Police!” or an unheard (“Ambulance”) “Please!” Again, reasonable doubt springs up.

Add to it that Ratten was having an affair with a married woman at the time. Reasonable doubt all around, either way. END_OF_DOCUMENT_TOKEN_TO_BE_REPLACED

An interesting post, if you find stories about serial killers interesting, that is. There’s a video of an interview with the man before he became known as the most prolific serial killer in the U.S., and an analysis that tells us something about what he was.

It caught my attention because, a few years ago, when I was working the eight weekends of the Southwest Ohio Renaissance Festival, I met someone who might well have qualified for the exact same analysis. The Festival has a troupe of actors who play the parts of Queen Elizabeth I, and her court, as well as several stages where professional festival-themed shows are put on, but even those of us who worked the shops and booths selling souvenirs were expected to wear costumes and speak in (very bad) English accents, and in general play the part of Elizabethan villagers. One year, a man appeared among the crowd wearing a blue clown suit, with his face painted like a clown, and he pretended to be a toy. In fact, he said his professional name was Toy. We thought his shtick wasn’t really in keeping with a renaissance or medieval theme, but otherwise, we had no reason to suspect he wasn’t a regular, paid performer. He would go behind the shops to the open area between the buildings and the outer stockade for his breaks, and I shared a bench and conversation with him several times.

Until the next year, that is, when we had our regular pre-festival meeting with the showrunner, and I asked if Toy would be back that year. The showrunner said, “Who?” and when several of us explained who we’d seen, he said, “I never hired anyone like that. I’ll investigate.”

The first weekend, I went out back for my break and discovered Toy sitting on the break bench in his costume, handcuffed, and in the company of the local police who were waiting for a van to take him to jail. It turns out, Toy had been arrested before. He was known to the police as a predatory pedophile of young boys (apparently, the younger the better), and he had nothing whatsoever to do with the Renaissance Festival. In fact, his brazen appearance there was a violation of his parole, so I hope he went back to prison for a good long time, although I never heard anything after that.

Anna Loginova, Russia’s most famous and glamorous female bodyguard, was murdered by a carjacker when her own personal Porsche Cayenne was stolen from her. 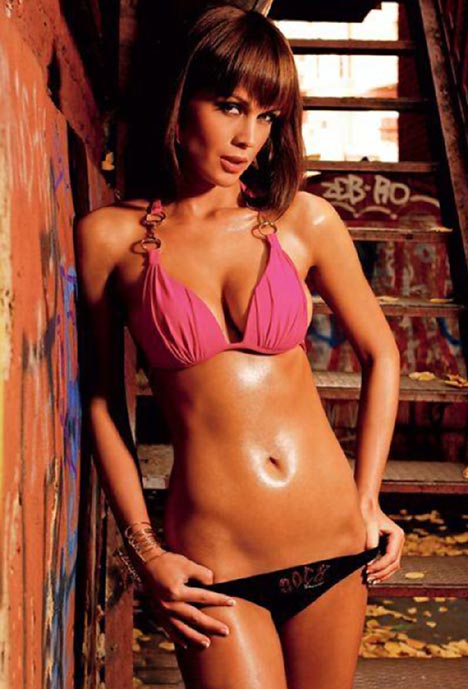 This is sad but predictable. Russia has a rampant crime problem, and this is a direct consequence of years under a godless, totalitarian, communist dictatorship. Call it a societal amoral hangover, if you like.

Now that capitalism has taken hold in the former Soviet Union, the have-nots – can-nots, more likely – feel no moral compunction about coveting the property of others to the point of theft and even murder. That’s why Anna’s outfit had such brisk business.

She makes some excellent points in the previous interviews quoted – especially the point about obviously beefy security guys being barred from eateries and such – but she should never have gone anywhere without male backup, in my opinion.

Sometimes a big, buff, and well-trained male motherfucker-of-a-killing-machine is the only thing that will work. Hope some Russians learned a lesson from this… but given that it’s Russia, after all, I wouldn’t bet on it.