Crawling Commando-Style Through The Internet

TimT, the only blogger who Will Type For Food, plays the Out of Context Game.

Surprise, surprise, the Clintons are loaded. Quell jealousy, but at the end of the day, they still have to put up with each other.

Michelle Malkin looks at the notion of taxing plastic and paper bags.

Gateway Pundit reports on a rather hilarious event at a Hillary campaign event.

Pregnant man transsexual fears that people will attempt to kill his baby. There’s only one group of people I know of who are sick enough to harm a baby…

What the hell is a “low emission paint”.

The neverending struggle between Good and Evil continues. Angus will really like this.

OHMIGOD! WILL YOU LOOK AT HEATH SCOTLAND’S BICEPS?! 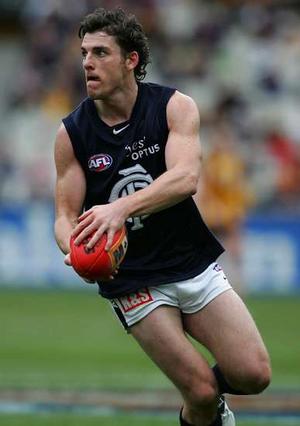 The Location Is Scotland…

The primary character is a man named Mohammed Anwar.

The secondary characters are a policeman holding a speed radar, a sheriff, and a lawyer.

The primary character is caught by the policeman driving 64mph in a 30mph zone, which is normally an offence that results in instant disqualification. But the primary character in this performance gets out of this offence with a £200 fine and was given six penalty points.

Anwar is a Muslim, and has two wives, living a fair distance apart, and a restaurant in an entirely different area. The court decided that because of his need to attend to his family duties, and his need to operate the restaurant and keep his family financially stable, he should not lose his licence.

When Anwar was questioned on the matter by the media, he responded:

“It is true I have two wives.

“Muslim men are allowed up to four. But I am not a religious leader and it is not my place to comment.

“As a matter of respect to my wives I would not comment on my home life.

“The sheriff did not ban me because I need my licence to run my business, although my wives were also part of the decision.”

I can only agree with the assessment of the sentence offered to the media by Lorna Jackson, head of Brake, a road safety charity:

“Regardless of the number of wives or businesses this man drives to, he broke a law which is there to protect everyone.

“Travelling just a few miles over the limit in a 30mph zone can be the difference between life and death if you hit someone, let alone driving at more than twice the speed limit.

“Drivers know the law, and they know the punishment they could face when they break it.

“For the courts to allow someone to keep their licence when they have so blatantly flouted the law and put peoples’ lives at risk, on the basis of an excuse such as this, is astonishing.”

The fact that this man’s multiple wives (although multiple marriages are illegal in the UK) played a part in the decision strikes me as incredibly suspect. After all, does this decision mean that the judgment can be extended to all business owners with two wives? And does it mean that eventually, all of those citizens with only one wife/husband will be discriminated against on the basis of their marriages, and in turn, their religion, which Anwar claims is the reason he’s allowed two wives?

UPDATE: Jules Crittenden also has some thoughts on the subject.

Head on beach face to be revealed… Mind out of the gutter. Although it ain’t bad…the surf, the salt air…nevermind.

A woman’s head and two hands were found on the beach.

Police hope to be able to issue an artist’s impression of a woman after a head and hands were found on a beach.

Efforts will also continue to try to establish a more exact age for the dead woman, whose head was found wrapped in a plastic bag on Arbroath beach.