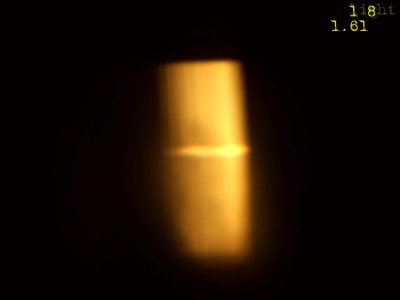 CHAPPAQUA, NY—After months of tirelessly supporting his wife on the campaign trail, devoted spouse and former president Bill Clinton breathed a resigned sigh Monday and carefully folded the charcoal silk, fitted sheath dress he had hoped to wear as first lady during next January’s inauguration and placed it back in its beautiful box.

“It was silly of me to waste so much money on such an extravagant outfit, but when I saw it in the store, I thought to myself, ‘Bill, that’s your inauguration dress,’ ” Clinton said. “I suppose it’s for the best, though. Knowing me, I would have spilled champagne all over it. Still, can you imagine?”

Clinton has denied rumors that he will wear the high-necked, cap sleeve frock at an upcoming gala at Arkansas Children’s Hospital. He has also refused to give the one-of-a-kind gown to his daughter, Chelsea, saying she is still years away from getting married and “doesn’t have the waist for it.” 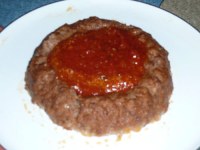 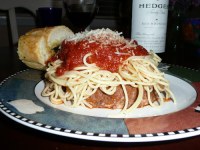 I have always been a fan of over-the-top dishes. The more audacious the better. A few years ago, I came up with the “Italian Meat Bowl”. It’s an Italian meat loaf shaped like a bowl, covered in spaghetti and sauce, then topped with grated Parmesan. I’ve also tried using less pasta, topping it with mozzarella, and baking it for a few minutes to melt the cheese. That version had the best presentation, but dried out the pasta and had too much meat. This version, with a heaping pile of spaghetti, has the best ratio of meat to pasta. Behold, the Italian Meat Bowl…

Perfect marriage of A meatball AND pasta.

Twenty-two others were injured, seven critically, in one of the deadliest assaults on UN forces in recent years.

The UN says its peacekeepers fought for over two hours to repulse suspected Janjaweed fighters, who were armed with mortars and rocket-propelled grenades.

Well God Damn it…DO something about it, UN! OH do NOT ask the U.S.

The Rev. Jesse Jackson apologized Wednesday for saying Obama is “talking down to black people” during what he thought was a private conversation with a FOX News reporter Sunday.

Jackson also made an off-hand comment about cutting off a part of Obama’s anatomy.

But at a press conference he called late Wednesday in Chicago, Jackson said he supports Obama “unequivocally” and that he hopes to “get this behind me.”

Jesse…Obama talks “down” to everyone. If elected, his “talking down” to Shrimpdinejad, literally and figuratively, ain’t gonna go over well.

Obama has NO content of character. That’s why HE talks “down” to people. MLK wanted that, you were with with MLK the day he died, Jesse. Didn’t you learn anything from, MLK?

SHOCK: REV. JESSE JACKSON SLAMS OBAMA, WANTS TO ‘CUT HIS N**S OUT’… APOLOGIZES FOR ‘CRUDE AND HURTFUL COMMENTS’ CAUGHT ON TAPE… FOXNEWS WILL PLAY JACKSON TAPE IN ITS ENTIRETY TONIGHT ON ‘O’REILLY’

Macca Has Something To Teach Us All…

For example, when adding curry powder to a curry, do not “mithtake your teathpoonth for tablethpoonth”*. It will not end well.

It will however, make Ash** fall on to the floor, hysterically laughing. I accidentally did that to myself once. I only spent about two weeks in the bathroom, creating all kinds of smells that no one has ever smelled before. I have now learned to pay attention when cooking, because I didn’t enjoy that.

* You’ll have to scroll down for Macca’s addition. He was banned from Bolt’s for a time, but he showed his courage, strength and good will by apologising for the opinion he submitted to Bolt’s, because he admitted that perhaps it was over the top. That’s pure guts.

**Quick Poll, completely unrelated to the issue: Am I too mysterious?

Why else would he do wonderfully funny things like this for us?

I guess Janine’s been bothering him all day too!

The official Xinhua News Agency quoted police as saying they surrounded an apartment in Urumqi in the Xinjiang region on Tuesday after investigating the stabbing of an ethnic-Chinese woman in May.

The police said they opened fire when some of the 15 Muslim Uyghurs inside the building stormed out wielding knives and injured one officer, the report said.

The police claim suspects have admitted to belonging to a group trained to wage a “holy war,” pledging to kill ethnic-Chinese and set up a Muslim state in Xinjiang.

Been having trouble with those critters for a while, China eh? Breitbart

There was an English contest the other day. One lass, with front teeth reaching the third row, decided to do a powerpoint presentation on none other than…

First sentence on the PP slide was ‘the earth is burning’. The accompanying picture was of our humble planet  with flames coming off it. Ohhh K. Next. She starts off with a polar bear writing her a letter. Later, she begs the question, ‘why is mother earth unhappy?’.

Meanwhile, four huge airconditioners are blasting into the room.

Anyone else get the feeling they’re being lectured to by a five year old when this AGW crap comes up?